Imagine my delight when I got a call from one of old Navy buddies saying she had come across something that I absolutely NEEDED to see.  She had gone off to work in the civilian sector in Nevada, but had apparently been brought in on this project in New Mexico.  She couldn't really tell me too much on the phone, and in fact, stated that I needed to have my security clearance reinstated/reviewed for specific limited access then show up in person.  It took nearly two months to get the the paperwork cleared (I HATE bureaucracy!) It was a stroke of luck that my Hazardous Waster Worker certs were still up to date (from my current position at the Hanford Nuclear Reservation,) as she hadn't mentioned needing it until two days before my flight down there. 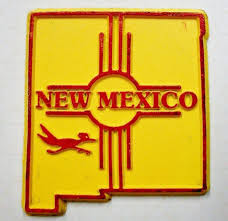 I have no photos of the trip.  I wasn't permitted to bring a camera to the facility, or even my phone, as it has a camera. Entertainingly, they weren't concerned about its ability to connect to the internet, as there was so much shielding and signal jamming that reception/transmission were impossible.  I wasn't even able to get cell phone service at the barracks, which were about 20 minutes ride from the site.

After dressing down and a series of debriefings, I was led down into one of the hallways and then into a tunnel.  A thick steel access door at the end of the tunnel had a modest-sized window fitted with the oil-filled glass panes. We have those out at work too, and I hate the way they distorts the viewing, but by the browning and clouding at the edges, I was glad that the glass was in place. All of the walls, ceiling, fixtures, tables etc in the room were plain white no-frills. A long set of manipulator arms extended out over the table, with joystick handles mounted in a box below the window.  I was not allowed to mess with them - apparently it requires more winning the Golden Star Cup in Mario Kart.  Fortunately, the young man who accompanied us was both adept and certified to use the arms.

Looking at all of this stuff on the table, I realized I couldn't really identify any of it.  Blobs of metal with little dials and levers, something that I SWEAR looked like a cube of lime jello with mini-marshmallows in it, a small field notebook that seemed to have no pages or way of opening it. So I turned to Liesl and asked her something along the lines of, "Spill. What gives - why am I here?"  Her face split into a wide grin as she reveled in her, "Ta Da! Take a look at this" moment.  The tech then marionettes the arms over to a copper tube and deftly pulls out what I first took to be a scroll.

He unrolled it with the two hands and used a metal cube to weight down the lower end to keep it from rolling back up. Liesl wiggled anxiously and pointed, "This is why we needed you to come see this. You can help us figure out what all this means."  I had to laugh a little, with the great secrecy of the whole trip and all of the cloak and dagger government facility stuff, and the final plea played out like "Help us Obi Wan, you are our only hope."  It was certainly the most elaborate practical joke she'd ever played on me, and with the travel expenses and the facility access it just didn't make any sense why she would have gone to the trouble.  But then I looked around again and knew I was truly inside a real facility. The detectors and equipment, the contamination clothing, the oil window - they were all genuine.  I was here, looking through the window, seeing these crazy things that I don't even know how to describe, including what appeared to be a stitched sampler.

My first request to Mr. Arms was to flip it over so the right side was facing upward.  N00b. The rad con tech had given us a 60 minute zone time. I have no idea how much of that I used just standing there and looking at the thing without saying a word.
Liesl said she would fill me in on as much background info as she knew when got back to her office space, but that it was basically one of the artifacts from a time capsule that had appeared.

I didn't know where to begin in examining it. I knew the colors were somewhat distorted because of the oil-filled window, so taking what I believed to be white table tops and extrapolating from there, I identified a working palette.  The stitching was in remarkably good condition, having been in the inerted environment here, although I don't know where it began its story.  It appeared to be stitched on some evenly woven fabric, but there was nothing on the table to give me an accurate sense of scale.

Some of the motifs appeared to be pictorial, but not of subjects I've seen before on this type of embroidery. I guess I should say I am in no way sure what this type of embroidery even is, although the stitches appeared to be your basic simple cross stitch.  There were a few lines of script and some symbolic text.  Normally I would consider it fortunate that the sampler was named and dates, but the date provides no insight into anything and, to me, has been completely meaningless so far. I was able to go in a total of seven times, the last four even being permitted to have a pencil and a sheet of paper. Six months later with needle and thread, I've done my best to recreate the anomaly I saw before me.

I'm putting out a plea that if anybody has any familiarity with the symbols or can help interpret the text, their help is most welcome. I've been working to decipher parts and will continue to post entries as I figure things out, if I do.

I am so fortunate that the non-disclosure paperwork did granted some license to share "my version" of this finding as long as I didn't mention any of the specifics of the facility or, perhaps more importantly, the other contents of the time capsule. I assume this is largely in part to the unlikelihood of anyone believing a word of it. I wasn't able to get Arms to adjust any of the other artifacts that I might see them more closely or see a hidden face. I image they are suspecting at least a few of them to be weapons or dangerous in some fashion.

And who says stitching is boring?
Posted by Tracy at 12:41 19 comments: